The origin of nduja ! 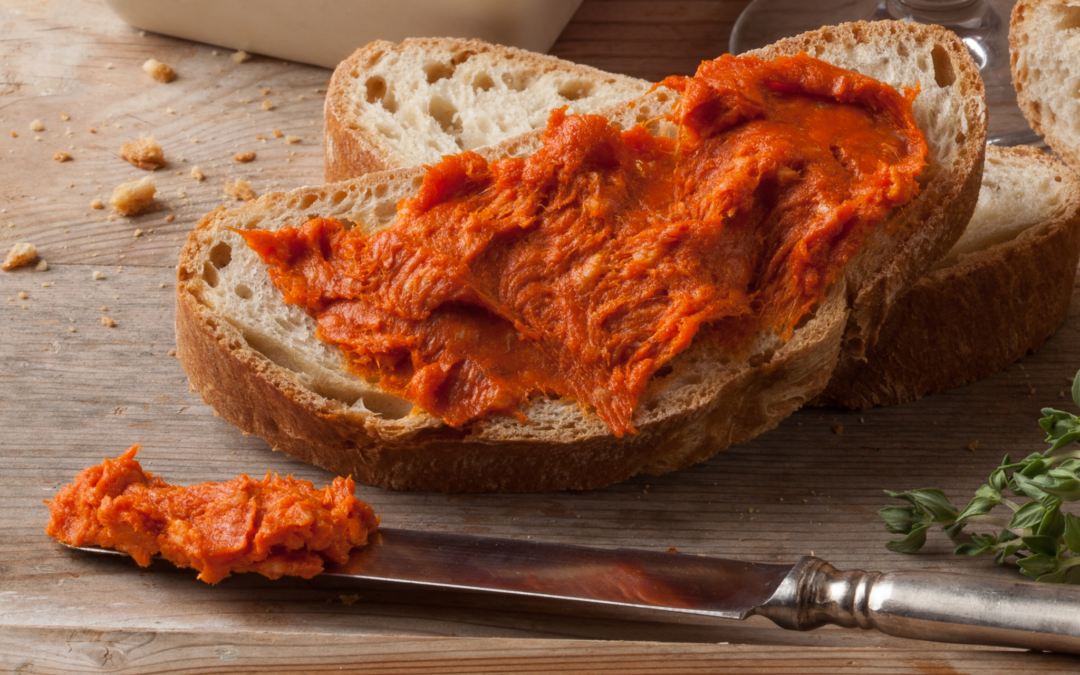 Watch out for the sting !

The ‘nduja is one of the most famous products of Calabria. It is a spicy sausage spread, made from pork meat and chilli pepper. The name of this speciality comes from the French word “andouille”.

Its origin is still uncertain. The ‘nduja may have been introduced by the Spaniards in the 16th century with chilli pepper or, given the French origins of its name, later, during the Napoleonic period.

Historically, ‘nduja is a poor product, prepared with the least noble parts of the pig, such as fat and offal. Today, more noble cuts are used, which has contributed to the fame of this product that everyone loves.

Chilli and salt are added to the minced pork meat and fat. The traditional proportions are 1 kilo of chilli pepper for 2 or 3 kilos of meat (to obtain a more or less spicy ‘nduja). The result is a kind of cream, which is stuffed into a natural gut. The ‘nduja is then lightly smoked and left to dry for a few months before being eaten.

Typical of the village of Spilinga, in the province of Vibo Valentia, ‘nduja is of comparable quality throughout Calabria.

How to eat it

It can be spread on slices of toasted bread, serve as a base for a tomato sauce, but also as a topping on a pizza or in an omelette, or accompany your cheese. We like it with pasta: garlic, oil and ‘nduja !